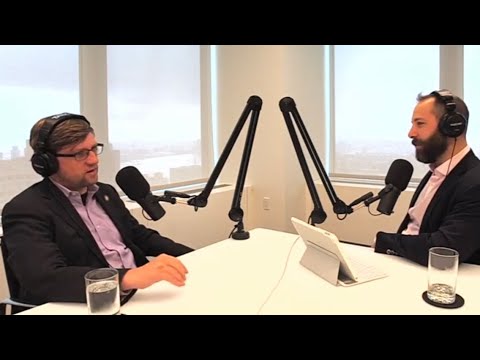 So, I was watching The Rise and Rise of Bitcoin after having recently had a fairly in-depth discussion with go1dfish, about whether or not there exists any moral obligation for an individual to pay taxes or some manner of upkeep on society, and how a society might enforce that obligation without resorting to violence or even the threat of violence. Since it was go1dfish, I of course had /fairshare and the idea of a cryptocurrency based UBI in general on the mind, and my stoned brain just felt compelled to start writing this.
It is, admittedly, extremely verbose, so here's the tl;dr:
Create a new cryptocurrency, where all freshly minted coins are distributed as a UBI, and then create a Digital Autonomous Entity that people can donate IP rights to, which turns around and sells licenses to that IP, but only accepts the UBI cryptocurrency for payment, forcing businesses that want to use the IP to buy into the currency/buy it from the people using the UBI, bootstrapping the value of the currency until its adoption (hopefully) becomes a self-sustaining process.
Anyways, I'm not especially proud of it, but it'll never do anyone any good just sitting in a random word doc on my desktop, so here it is if anyone thinks the idea is interesting.


Why Bootstrapping is Necessary:

“Markets are price discovery mechanisms, that’s what they’re for.” - Ryan Singer, The Rise and Rise of Bitcoin


Prices are measures of relative value – if I’m given a choice between two items I’ve never seen before and initially have no idea of their worth (or the price of BTC) then, if I’m told that item A is priced at 0.2 BTC OR I’m told that item B is priced at 10 BTC, I still have no idea which item I should choose, however, as soon as I know both prices, I understand that item B is worth ~50x what item A is worth.
So, markets are relative value discovery mechanisms – that is, the utility of markets is that they discoveestimate a good’s value as a proportion of the value of each other good in the market. Currencies are the arbitrary units in which those estimates of relative value are expressed. The basic value of an actual unit of currency is entirely based on the premise that there exists a market of significant size/utility which is consistently willing to accept the currency as a valid proxy for real value when exchanging goods.
The interesting thing about that is that, the more units of said currency an actor owns, the more incentive they have to influence actors with other forms of value to accept the currency as a valid proxy for real value, and the best way to do that is to provide real value themselves, and then treat the currency as a valid proxy for exchange for the real value they are providing. The larger that group of actors grows, the more useful the currency becomes, and its value relative to other currencies increases, which causes all goods to cost relatively less of the new currency, creating both an incentive for speculators to invest in the currency, and an incentive for vendors to accept it, as the total real value that all circulating units of said currency are equal to by proxy increases proportionally.
So, due to that feedback loop, any new currency must have some approximate value/adoption threshold at which, as long as the value/adoption stays above that point, the currency’s proxy value becomes self-sustaining. Bitcoin’s value was bootstrapped by a dedicated community of believers driven by human ambition/greed, and the special properties that made it unique from all other currencies existing at the time – namely, that it can’t be counterfeited (without controlling 51% of the Blockchain, anyways) and the creation of new coins is not controlled by fiat, so the future number of coins is highly predictable.
Unfortunately, that means that any new cryptocurrency will have to provide its own unique set of advantages, incentives, or guarantees orthogonal to those already offered by bitcoin, as well as an initial community willing to invest resources in the concept on faith, in order to have any hope of bootstrapping itself to the point of self-sustaining value.

In order for a CUBI to be meaningful in any way, the cryptocurrency must have value. In order for any currency to have value, that value must initially be bootstrapped by some utility of the currency, and some initial group of actors who expect that said utility per unit of currency will either remain steady or rise for the duration that they intend to hold the currency.
In the case of Bitcoin, the forces which drove bootstrapping were both economic and ideological – the desire for economic freedom from the state being the ideological driving force, and aversion to the unpredictability of the future supply of fiat currencies which are controlled by the state being the economic driving force.
In the case of most fiat currencies, the “bootstrapping” process mostly just amounts to making currency that is initially either made of, or guaranteed to be exchangeable for, some amount of precious metal (or USD, more recently) with real value approximately equal to the currency’s proxy value. Once adoption is sufficiently widespread, the amount of real value guaranteeing each unit of proxy value is iteratively eroded, since everyone who owns the currency has an incentive to maintain its value, so they effectively hold up its proxy value with the real value that they own.
Another interesting case is the “currency” of arcade tokens. We can’t sell them back, but we buy them because there is some good we want to access that only accepts those tokens as a valid form of proxy value. Now, if a guy on the street randomly offers me a bag full of 40 small plastic disks for $8, I probably have no desire to buy them. If, on the other hand, I happen to be on my way to the arcade, and each of those disks is an arcade token that costs $0.25, that bag of tokens is suddenly worth whatever the services the arcade will offer for it are worth.
Now let’s suppose, instead of an arcade producing and selling tokens for games, we have a CUBI algorithm distributing freshly generated digital coins that are the only form of currency exchangeable for some other service that lives on the blockchain – something that people who control a lot of value need. Not just for one blockchain service, though, but an interface that can be put on top of any blockchain service, so that accessing the service requires the surrender of some amount of CUBI coin, and subsequently destroys those coins.
The problem with this is that any such open source service can simply be replicated privately without the CUBI coin payment interface. The only way the system works is if the good or service being accessed is actually illegal to replicate without the express permission of the system – enter IP law. Similar to a classic arcade game accepting tokens to temporarily access its games, you could create a Digital Autonomous Entity that people can donate their own IP rights to, which turns around and licenses those IP rights to companies/people in exchange for CUBI coins.
Now, the trick there, aside from making the damn thing, is convincing people to donate their IP to it. If you want more than just the people who are staunchly in favor of a UBI, you have to target the people who are producing IP for free, and do the licensing in such a way that it interferes minimally with their motivation for producing IP for free in the first place. Namely, you want something like the OSL, making the IP and derivatives free to use unless they are being used for commercial purposes, in which case a limited license must be purchased using CUBI coin.
A similar system could probably be produced for artistic IP, or even the leasing of real property/natural resource rights, but the open source community seems to be where the requisite ideology is most prevalent at the current time, so that would probably be the best CUBI eating concept to start with.

To further motivate people both to use the system and to become invested in the CUBI coin, the system could be set up to not automatically chew up 100% of the coin, but to chew up a “taxed” portion, based on some time-weighted function of recent income that amounted to a progressive income tax per-source, or simply a flat tax. The per-source bit being so that one simply submits a wallet address, along with the donated IP, and the progressive nature of the tax is based on the sum of license fees for that particular piece of IP – this way you don’t have to worry about checking if multiple wallets are the same person.
Now, the “tax” isn’t strictly necessary – it could just be set to 0% and the system would still function just fine – it’s primarily a variable that can be used to control inflation, and a really good system would probably determine it dynamically using some function that took the total number of circulating CUBI coins and/or the recent rate of growth in that number. One thing to consider here is that, if the “tax” was set to 0%, and the UBI part was removed, you’d basically just have an automated IP broker – and this is why/where it becomes critical to align with the ethos of the open-source community because, at least during the bootstrapping phase, you have to attract people who are more interested in doing good in the world with their IP than making as much money as possible from it.
The contract between the licensee and the DAE, itself has relatively few areas that vary in structure – merely in the selection of some variable like the licensing fee, duration, royalties, etc. – with the few areas that do vary in structure being easily handled by a few modular clauses and whatnot. The most important bit of design here is in how you autonomously determine these variables.
One big question there is how best to determine licensing fees for smaller vs larger organizations. The simplest answer there would seem to be charging only a nominal initial fee and relying mostly on royalties, but you want to encourage growth most strongly in the little startups that are likely not even turning a profit yet, so you could also have a structure that is effectively progressive per-unit, such that the IP is free for the first 100 units, $1/unit for the next 500, then $2/unit, etc. Another question is how you determine the base fee for a given piece of IP according to demand, so as to maximize the total amount of CUBI coin being consumed.
Lastly, the system can’t really be trusted if there is human influence at the top level, but it’s reasonable, and probably necessary, to have human “stewards” for certain tasks, such as auditing of companies which are supposed to pay royalties on every unit and litigation when necessary. Ideally, those individuals would be compensated in CUBI coin as well but, if they are necessary before the value has been sufficiently bootstrapped, some less idealized solution would likely be temporarily needed.