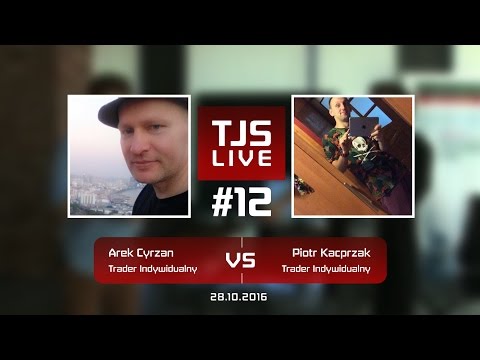 ThePiachu discusses scalability in his June 2012 thesis. A frank analysis of *the very same issues* as 3 years later

ThePiachu
Scalability
Scalability of the Bitcoin Network to handle high volume of Transactions appear to the main failing of the current implementation of Bitcoin. It was mainly described by Dan Kaminsky, a well-known computer security expert [121]. Reaching the current transaction volume of Visa (2000 transactions per second) would require a creation and propagation of 1.14GB Block each 10 minutes [122]. Propagating such a large Block through the Network would require a very high speed connection (an order of 8Gb/s assuming transmission of the entire Block to 60 peers in 60 seconds), while storing the entire Block Chain would require an increasing amount of hard drive space (estimating growth of 1TB per week, with hardware cost of about 67$ [123]), not to mention the computational speed needed to verify each Transaction as it arrives. Such high demand of bandwidth and storage space would facilitate an emergence of “supernodes”.
A supernode would be a Node tasked with handling of all the data for other Clients. As such Nodes would be essential for running the Bitcoin Network in that scenario, the model would stop being entirely peer-to-peer, and turn into an oligopoly (a monopoly ran by a small number of parties, instead of one party).
The current implementation of the Bitcoin Protocol does not support such scalability. As a standard Transaction on average is at least 0.23kB in size and the maximum Block size is 1MB, the entire Block would be filled at most with 4348 Transactions. As each Block should be generated every 10 minutes, the Protocol can handle about 8 Transactions per second. The current peak usage of Bitcoin was about 14,000 Transactions in a day [124], averaging to about 0.16 Transactions per second.
A way around the issue of scalability could be a model similar to the one used by banks. Each “Bitcoin bank” could manage its user’s Bitcoins using a small amount of Addresses, which would store all the Coins owned by all the users of a given bank. Banks would communicate with one another over a secure channel about the transfers between the banks, and settle the differences in the balance once every set amount of time, thus decreasing the amount of Transactions that would be relayed over the Bitcoin Network.
If this potential weakness of Bitcoin was left unaddressed while Bitcoin would rise in popularity, it could hamper the effectiveness of the system. However, the issue is not pressing enough to take any decisive actions yet. With the emergence of both bank-like functionality in the Bitcoin infrastructure (in the form of Exchanges and eWallets), and a supernode-like structures (the Overlay Network [65]), it is unclear which solution will be more popular in the future.

Asking EFF to reconsider their stance on Bitcoin

I emailed Kellie Brownell from the EFF today asking them to reconsider their stance on accepting Bitcoin donations. If you think the EFF should be accepting Bitcoin, please email them about it. Here is the email I sent them:
" Hello,
I would like to thank you and the EFF for all the hard work you are doing for the good of the Internet users everywhere. However, I would like to ask you to reconsider one of your old positions.
I am a Bitcoin enthusiast - I have been involved with the project for about two years now. Around that time, your Foundation has issued a statement that it does not wish to accept Bitcoin due to complex legal situation of the currency (https://www.eff.org/deeplinks/2011/06/eff-and-bitcoin). However, much has changed in the last two years and I would like you to reconsider accepting it as a form of payment. There have been a number of high-profile companies that have accepted Bitcoin already:
Wordpress - http://en.blog.wordpress.com/2012/11/15/pay-another-way-bitcoin/ Reddit - http://blog.reddit.com/2013/02/new-gold-payment-options-bitcoin-and.html Internet Archive - http://archive.org/about/faqs.php#311 Namecheap - http://www.namecheap.com/support/payment-options/bitcoin.aspx And here is a list of top 10 Alexa rating websites that accept Bitcoin - http://www.thebitcointrader.com/2011/12/bitcoin-bounty-ladder.html . If you don't want to be dealing with Bitcoin directly, there are a few companies like BitPay (https://bitpay.com/) that can handle Bitcoin for you and pay you directly and automatically in USD (for example, Wordpress uses this option). Moreover, if you are a registered as a 501(c)(3), BitPay will process your donations at no charge (https://bitpay.com/bitcoin-for-charities). This means that ANYONE around the world would be able to donate to you in seconds and you would receive 100% of their donation value.
Note - I am NOT affiliated with any of the companies linked - I do not receive any compensation for listing them, nor do I work for them. I use some of the services provided, but I am only their consumer, not an employee, investor or anything.
Thank you for your time and I am looking forward to hearing back from you.
Sincerely yours, Piotr Piasecki. "

So I contacted Charity Water asking them to accept Bitcoin donations (or at the very least setting up an account with BitPay so we can send them money):
" Hello,
I am a Bitcoin enthusiast (www.weusecoins.com) and I have found out about your organization through the campaign of John Bain (http://mycharitywater.org/totalbiscuit). I would like to start a fundraiser for your organization in the Bitcoin community, but I have one small problem - the bulk of people in the Bitcoin community would love to support you if you would accept Bitcoin donations, or at least provide us a bank account number we can convert Bitcoin donations to directly.
I understand that you might not wish to deal with Bitcoin, even though it is used by Wordpress or Reddit. However, there is an organization called BitPay (https://bitpay.com/) that can handle Bitcoin donations for you at ZERO cost and pay you directly through a bank transfer in a currency of your choice. I am not affiliated with that company, but if you wish I can help you with setting up everything required for you to accept Bitcoin donations (and of course, I will do it for free).
Thank you for your consideration and I am looking forward to hearing back from you.
Sincerely yours, Piotr Piasecki. "

Escucha y descarga los episodios de Future Tech: Almost Here, Round-the-Corner Future gratis. The rise of the cryptocurrency sector and Bitcoin especially, is one of the most exciting advances of the last seven years. What lies behind these inc... Programa: Future Tech: Almost Here, Round-the-Corner Future . Canal: Future Tech: Almost Here, Round-the-Corner Future . Tiempo: 25:32 Subido 14/06 ... Who am I? Piotr "ThePiachu" Piasecki Bitcoin enthusiast; Lifetime member of the Bitcoin Foundation; Master of Science in the field of Computer Science Piotr Piasecki, Chief Blockchain Officer. Apr 20, 2018 Team. Piotr is a leading, world-recognized voice in the blockchain sector as an academic, programmer, advisor, and thought leader. He boasts an extensive programming and software architecture background with a specialty in blockchain and financial technology. Piotr received the first Bitcoin Foundation grant in 2013 and published a paper ... Piotr Piasecki is a Senior Developer at Factom.He has been a respected member of the Bitcoin community since 2011, posting under the nickname “ThePiachu”. View Piotr Piasecki’s profile on LinkedIn, the world's largest professional community. Piotr has 12 jobs listed on their profile. See the complete profile on LinkedIn and discover Piotr’s ...